Sometimes it is about getting creative with your gift giving when you have an angsty teen on your hands, and giving them something they will both love and actually use. 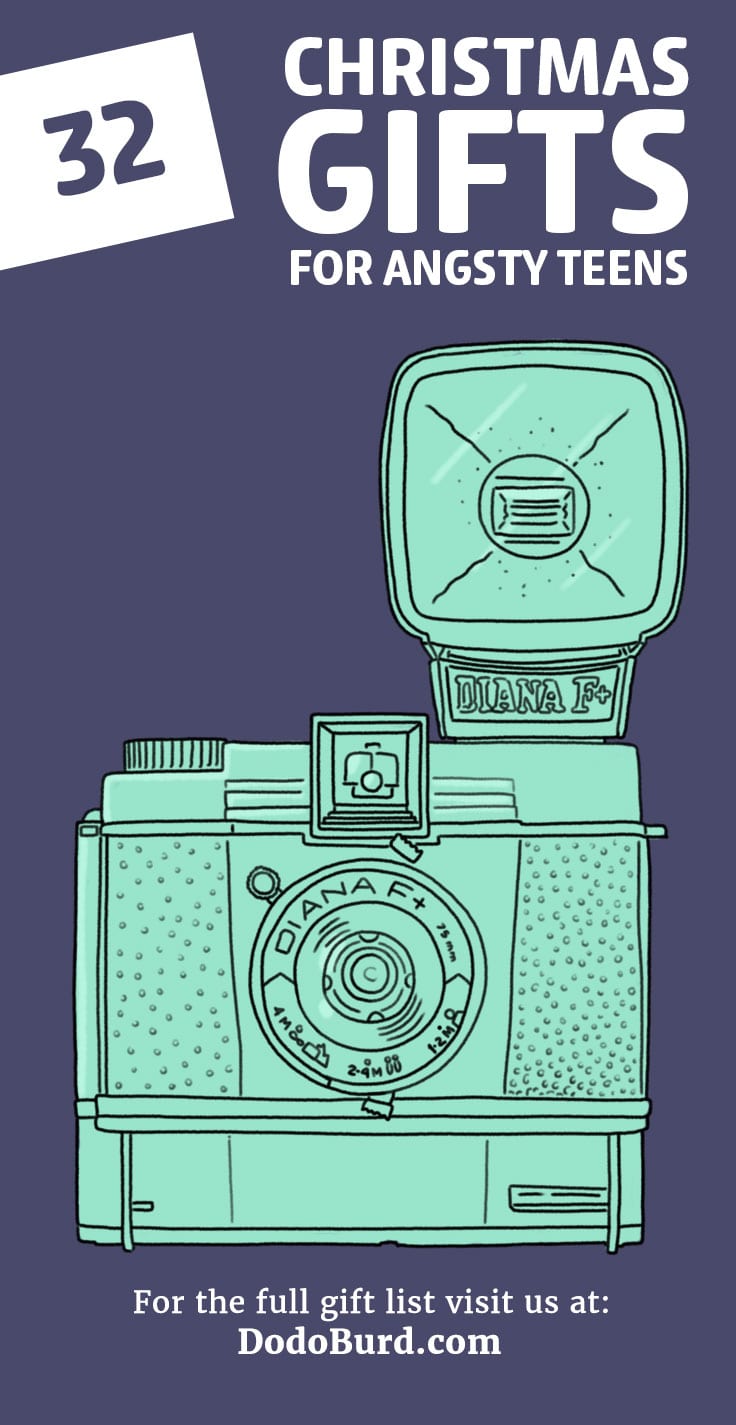 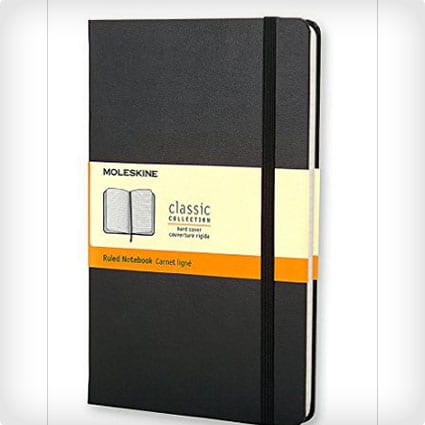 Introspection and agonizing self-analysis is at the core of every angsty teen’s life. Ernest Hemingway and the famous American expatriates in Paris used these famous notebooks to jot down notes for their iconic novels—so maybe it will be good enough to inspire your teens to record their thoughts and impressions of the world. Right after introspection comes self-absorption. And there’s no better way to practice self-absorption than to take endless pictures of yourself and share them with friends on social media sites. Buy your teen this selfie stick, and they’ll get the perfect selfie at perfect angle every time. 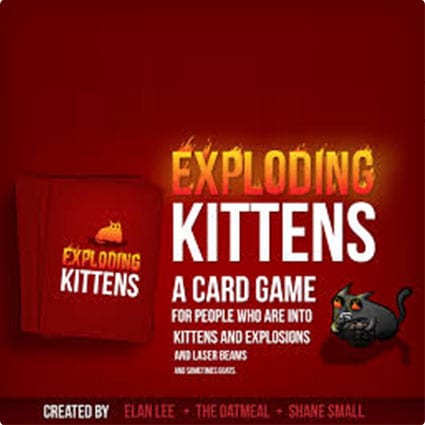 Teenagers love anything that has a shock factor. They’ll love this game and want to play it simply because of the name. If it involves explosions and kittens, it’s got to be cool. Get them this game and they’ll be part of the most-supported project in Kickstarter history. 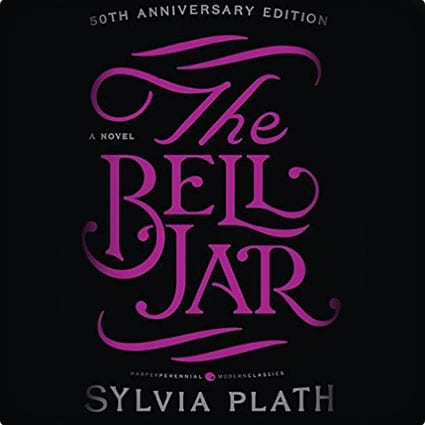 Author Sylvia Plath is an iconic figure in American literature. He only published novel, The Bell Jar, chronicles a teenager as she struggles with issues that face all teenagers like relationships, social awkwardness, and challenges with parents. This book will officially induct your teenager into the brooding intellectual’s club. 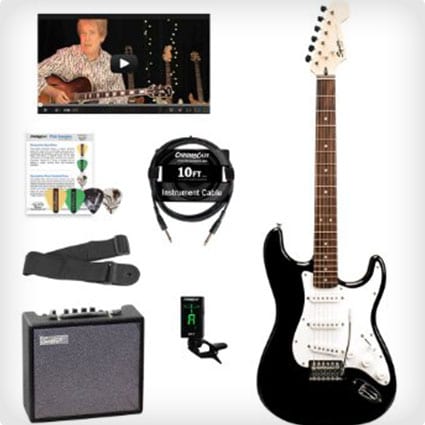 There is no better way to get out all that teen emotion than to plug in an electric guitar, turn the volume up, and let loose some power chords. Or play a sad and lonely blues song. The Stratocaster has been the preferred axe of guitar gods for half a century. Your teen can join the pantheon with this awesome guitar. 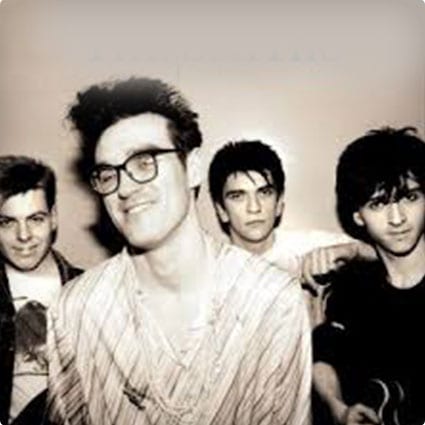 The Best of The Smiths

Between Morrissey’s haunting vocal tone, Johnny Marr’s smooth, jangling guitar sound, and the dramatic lyrical content of their songs, The Smiths might well be the band that best matches angsty teen emotions. Once your teen hears this music, there will be no turning back. This CD will teach them what it truly means to be a tormented soul. 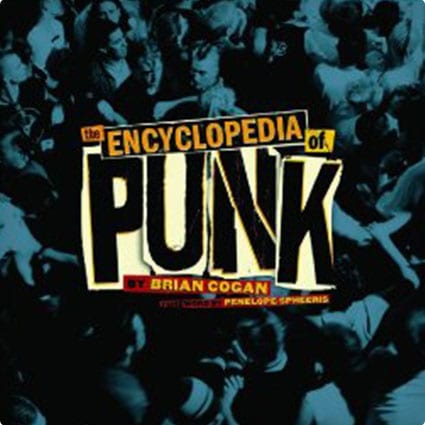 The Encyclopedia Of Punk

Teenagers love being aficionados, especially where music is concerned. Your teen will know everything there is to know about punk rock after reading this book. They’ll be the coolest kid at school and they’ll understand the movement that changed music and fashion forever. Buy this book and they might even think you are cool. 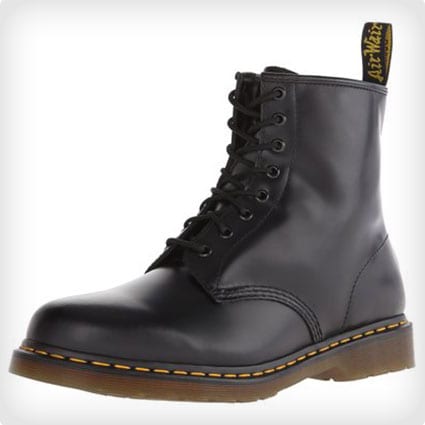 A Pair of Doc Martens

Doc Martens boots. They’re blue-collar, they’re fashion forward, they’re comfortable, and they lost forever. There is nothing more anyone could want out of a pair of boots than that. Doc Martens will also grant your teen that one thing they want most desperately: the envy of their peers. 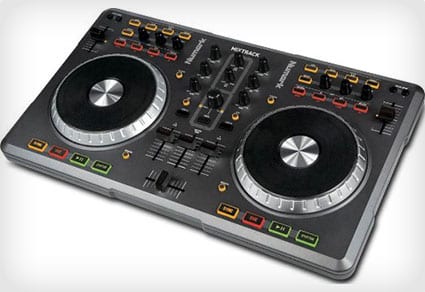 This amazing device takes the magic of hip hop DJ’ing—two turntables and a microphone—and mixes it with the best digital technology has to offer. It connects directly to a computer and allows the aspiring DJ to mix, cut, scratch, and create, just like music producers in million-dollar studios. 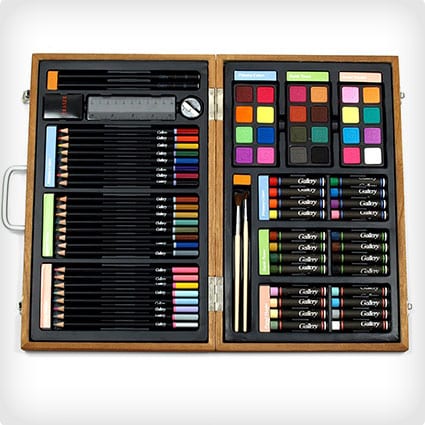 This is the perfect gift for a beginning or experienced artist. It comes in a sturdy wooden case and includes got color pencils, oil pastels, watercolors, paintbrushes, and more. Give your teenager the gift of art, which will help them process all those emotions that plague them day in and day out. 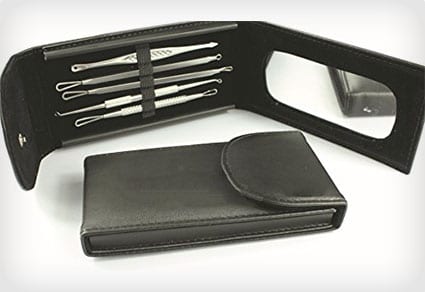 Ohmigod! A zit! It’s a disaster! This is the worst day of my life. You may have heard these words coming from the family bathroom, recently. And there was nothing you could do to stop the storm. Now, at least you can do some damage control. This acne kits has everything a teenager needs to handle the Acne Apocalypse. 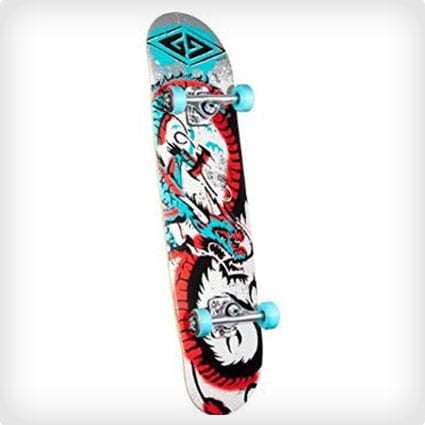 Skateboarding was cool when it took the nation by storm in the 70’s, it was cool when it went mainstream in the 80’s and it was cool when legends like Tony Hawk took it worldwide in the 90’s. This skateboard by skating pioneers Powell and Peralta is classic. Your teen can be part of the subculture that will not die. 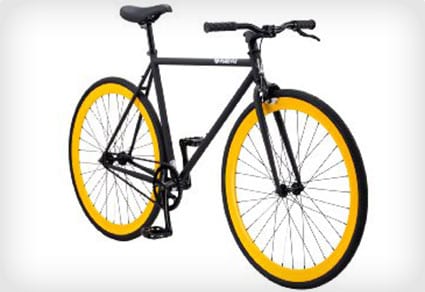 Steel frame, one gear, no brakes. It’s a mantra that only the cycling insiders know. Now you know, and no you can get your teenager the millennial equivalent of the skateboard. Get them a fixie and the hipsters will follow them around like the Pied Piper. 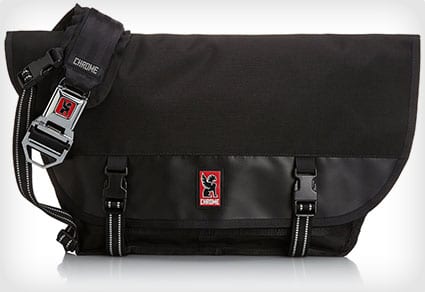 Chrome sets the standard in messenger bags. They’re simple, understated, and uber-cool looking. Forget the laptop sleeve, the briefcase, or the typical book bag. If your teenager is going out into the world and he’s going to carry anything at all, give them this bag, and they’ll turn heads. 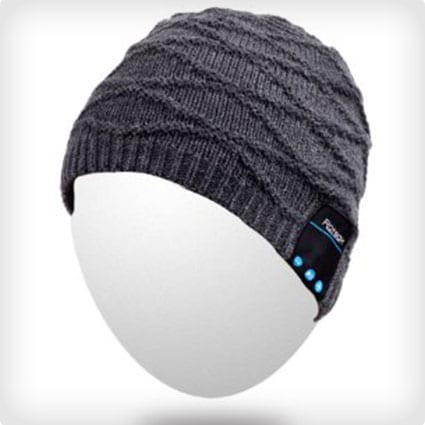 This gift combines two things teenagers love: Bluetooth wireless connections and skully caps. Get them this gift and they’ll be totally connected to the world via their cell phone, they’ll keep their head warm, and they’ll look cool the whole time. 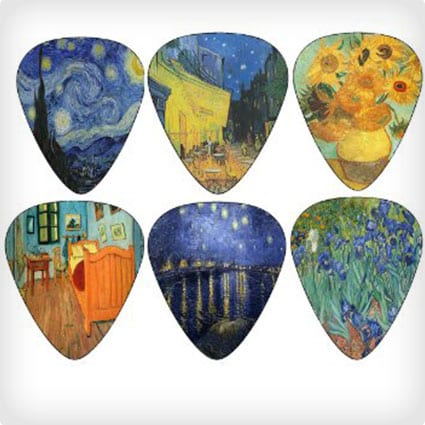 Vincent Van Gogh was the ultimate tortured artist. He cut off his ear over unrequited love, for goodness’ sake. Your teenager will appreciate these pics. Each one has a famous Van Gogh printed on it. You can give them the gift of culture, combined with rocking out. 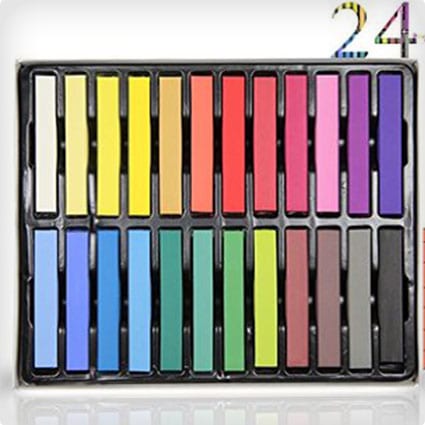 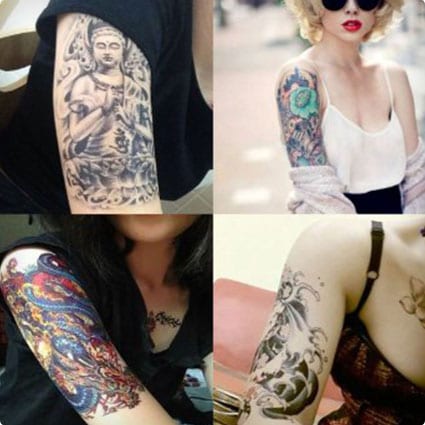 Even more frightening than the colored hair is the impending arrival of the permanent body art, i.e. the ink, i.e. tattoos. Stay ahead of the curve with these temporary tattoos. They’ll last for a couple of weeks, and that way you can all get used to the idea. 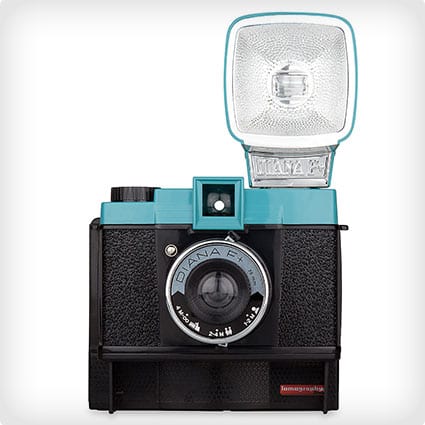 This camera is designed to look exactly like the Kodak instant cameras of old. There’s a big difference, though: this one is loaded with all the features found on modern digital cameras. It prints card-sized photos instantly. This is a dream camera for a teenagers who’s into retro stuff. 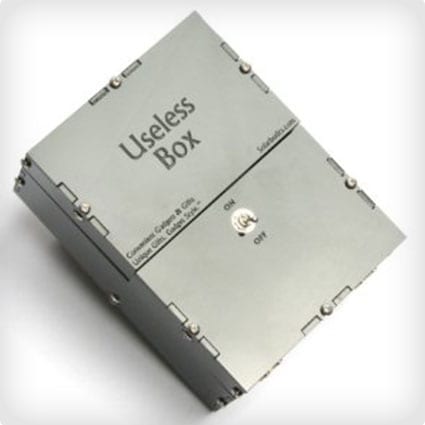 This gift fits perfectly with a teenager’s sense of irony. It’s a one-hundred percent worthless box. When you turn the switch on, a door opens, an arm comes out and turns the switch off, then returns back to the box. It’s absurd on a Month Python level that will appeal to your jokester teen. 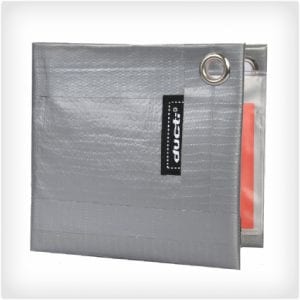 “If you can’t fix it with duct tape, it’s not worth owning.” Your teenager might already know this saying, or it might be time to teach it to them. This is exactly what it sounds like: it’s a wallet made out of standard gray duct tape. Get this gift for a teenager who like to be cool in a punk rock kind of way. 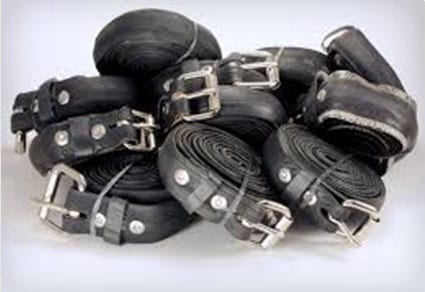 These belts go hand in hand with the duct tape wallet. They’ve got a millennial punker appeal to them, with a touch of environmental awareness added in. They’re made from upcycled bike tires, with steel buckles held in place by rivets. Choose your favorite tread style, give it to your teenager, and maybe their pants won’t sag so much anymore. 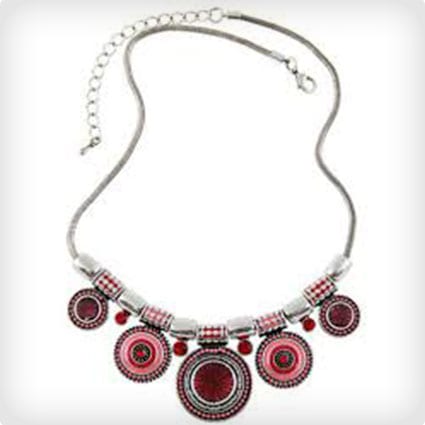 This necklace is perfect for a female hipster who’s got a little bit of bohemian flower power in her heart. It’s a silver chain with five pendants made from native-themed coins. The earth tones are just right to buy for a girl who isn’t flashy, but likes understated beauty. 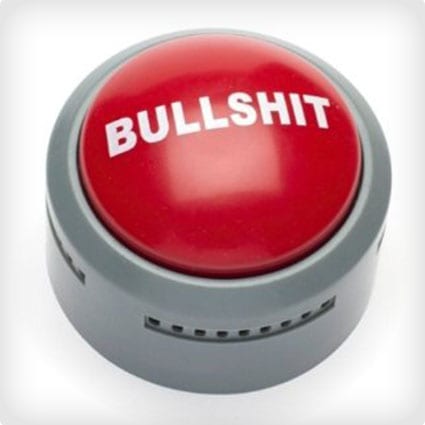 You see it in their eyes when you’re talking to them. We know you’re trying not to lecture, but you end up lecturing. And you know your teenager wants to call “BS” on you. Get it all out in the open. Give your teenage license to call “BS” with this button. They’ll love it, and everyone will end up smiling. 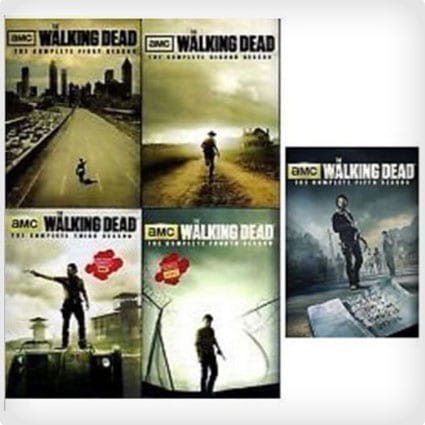 Zombies movies are an entrenched part of our culture now. After decades of zombie movies, the Walking Dead television show brought the phenomenon to the weekly serial format. They’re now six season deep, and this set contains the first five season. Keep your teen safe at home with their friends with this DVD set. 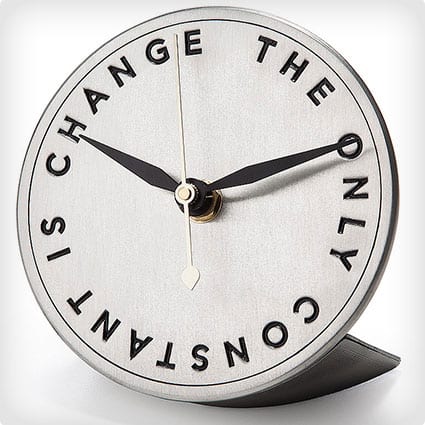 The Only Constant is Change Clock

Buy this clock for the angsty teenager who thinks that there are no absolute truths. They don’t want to listen to you because “everything is relative” and “nothing really matters anyway.” You can get the upper hand with this clock: instead of numbers around the edge of the face, it reads “The Only Constant is Change.” 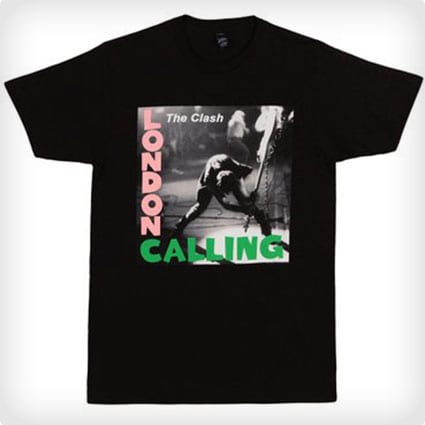 This classic t-shirt is a must buy for any teenager who has punk rock tendencies. It’s the from cover art from the album “London Calling” by The Clash. The Sex Pistols broke English punk to the world, and The Clash perfected the export. Give your teenage instant indie music cred with this t-shirt. 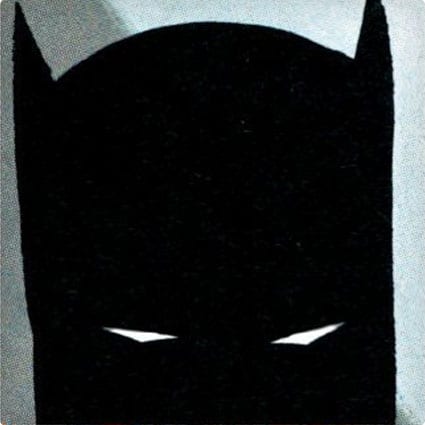 Batman is the coolest superhero for one reason. He has no super powers. The original Batman and the TV Batman from the 60’s were relatively vanilla—but with this graphic novel, Frank Miller blew the lid off. Here was have a mad man possessed by a demon, hell-bent on revenge. Here we have Batman. 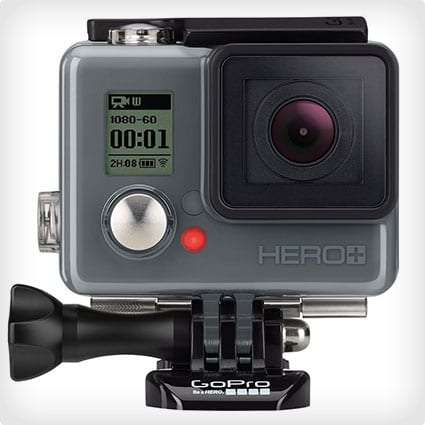 (Read this next: 33 Cool Gifts for Picky Teen Girls)